Breakaway from the rat race and come relax at Port Edward Holiday Resort in Port Edward, KwaZulu-Natal. We offer self catering chalets and a caravan park right on the beach.

Situated 150 kilometers south of Durban on the edge of the mighty Indian Ocean and amid the lush rolling of hills of Southern Kwa Zulu Natal, the Port Edward Holiday Resort is the ultimate holiday destination.

With breathtaking views of the ocean, frolicking dolphins, the occasional visiting whale, a busy sea traffic lane in the back ground and lazy waves breaking onto a clean beach, Port Edward Holiday Resort is destined to make even the shortest visit, a memorable one. With an exquisite ambience and staff who ensures that every visit to the resort will be a unique experience.

Port Edward Holiday Resort, previously known as the Port Edward Police Resort, was established in 1947, for police member, by police members. The Port Edward Holiday Resort was erected from Police Force donations, which resulted in one of the most popular holiday destinations on the lower south coast. Even though the resort was privatized, our heritage comes from the South African Police Service, which needs to be celebrated and remembered for their contribution made to our country.

The holiday resort has accommodation for varying needs, including conference delegates and holiday makers, ranging from a superb guest house to six, four, and two bed chalets. Port Edward Holiday resort units are all self catering with a luxurious braai facility – nothing says holiday like a late afternoon fire whilst watching the moon appear, giving a spectacular ocean experience. Yes, we don’t just have a beautiful ocean during the day, the moon shining over the ocean at night, especially full moon, is not to be missed, especially for those romantic couples.

All units are fully equipped for all your self catering needs.

ONLY GUIDE & SERVICE DOGS
We really love all pets, but for your safety and the safety of other guest, no pets are allowed EXCEPT guide and service dogs. Registration / legal documentation will be needed. Please inquire when making your booking. 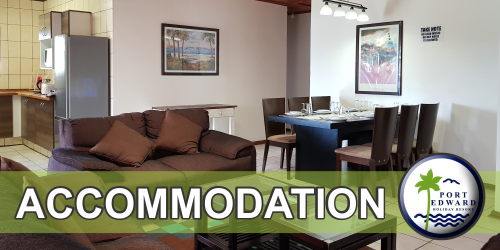 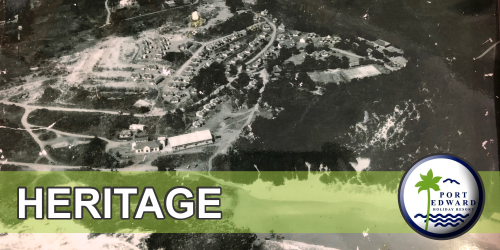 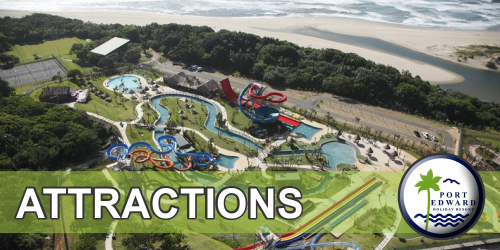 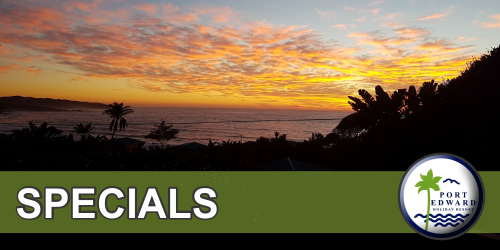 Don’t wait any longer. Contact us NOW to book your spot!
The beach is waiting for YOU!